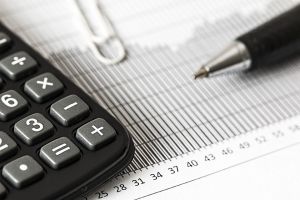 The new CRS that will take effect starting from 2017 attracted a lot of support from OECD countries and, surprisingly even non-OECD members. A closer review of the 2007-2008 financial crisis demonstrates a genesis with deep roots in tax avoidance. As big tax evaders stash their cash in tax havens, the genuine businesses are left with a very heavy burden to service all government requirements. With such a huge burden, even little turbulence is bound to sweep them off the way and causing serious financial crisis.

As a new tax reporting system, many people have been asking questions because they either fail to conceptualize the entire system or a few components. This post demystifies CRS to help you understand everything about it including implementation.

What exactly is CRS?

This is a form of automated exchange of financial accounts information between countries. The model closely resembles the system initiated by the US FATCA that requires the exchange of information about members with accounts outside the US.

Today, there are more than 95 jurisdictions (countries) that have agreed to implement CRS. Under the CRS rules, financial institutions in a participating jurisdiction are required to gather tax residence info of their members and communicate to the tax authorities. Besides, they also collect account information such as account balances and histories for the tax authorities to compile a complete report. The financial institutions (reporting entities) under CRS include banks, insurance firms, mutual funds, and brokerage accounts).

Financial accounts that are considered under the CRS

Financial accounts under consideration in the CRS framework are referred as reportable accounts. These are accounts held by foreigners outside a tax resident and deemed to be at a great risk of tax evasion. For example, bank accounts, custodial accounts, brokerage accounts, mutual funds, and annuity contracts. Also included in the reporting accounts are life insurance policies that have cash value. However, accounts with low risk for tax evasion such as RPPs and CRA registered plans.

How CRS will help to net tax evaders?

CRS uses the model that was adopted by FATCA following the devastating economic downturn of 2008-2009. Under the CRS, financial/ reporting entities institutions are required to note and report all accounts held by persons for tax purposes outside their country. Then, this information is exchanged with various CRS jurisdictions. By exposing the tax avoiders, it becomes easy to hold them into account and enforce compliance.

Implications for people who have/ opening accounts in foreign jurisdictions

If you have an offshore account or insurance, expect the financial institution to come asking for your home tax number or residency certificate. This will help the reporting entity to compile its report to the respective country’s tax authorities before the details can be ready for exchange with other jurisdictions.

For people considering opening offshore accounts, whether for personal or corporate purposes, the requirements are going to be more stringent. For example, you might be required to provide tax compliance certificate from back home before an account can be opened. It is, therefore, critical to reaching the respective financial institution to get a complete set of requirements before setting off and getting the application declined.

Notably, the operationalization of CRS by different jurisdictions is through a legal framework. Because local laws are passed to define the process of implementation, providing the additional information will be mandatory. Those who fail are likely to face serious penalties such as having their accounts closed or insurance policies canceled. 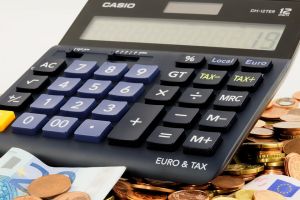 The nature of information shared under the CRS framework

If our account is classified as reportable, the respective financial institution is expected to gather the following information and report it to the local tax authorities; name, address, date of account holder’s birth, tax identification code, and tax residence. Other details include the account number, the value/balance on the account, and its recent history. Depending on the jurisdiction sharing the information with the country under consideration, additional details might be required.

While appreciating the mammoth task of gathering information from reportable accounts, most jurisdictions such as Ireland and Hong Kong require financial institutions to carry due diligence to make their operations easy. Therefore, even though Ireland might have entered into an agreement with only a few other jurisdictions, the banks will still collect all the details in a standard way to harmonize the process, keep cost low, and ensure that no reportable account is left out.

When CRS was passed, members agreed to implement it in their domestic legislations. Some of the earliest adapters of CRS include Ireland that implemented CRS framework by 1st January of 2016. According to the Ireland CRS framework, all accounts from persons of entities in the 90 jurisdictions are considered reportable.