Offshore Banking Is Legal: Hiding Is What Make It Illegal

When the Panama papers scandal hit the news in 2016, a lot of attention shifted to offshore banking. Probably you might have wanted to get some of your investment abroad but stopped from fear of getting into trouble with law. For many people, offshore banking is a great way to keep their cash safer, earn higher interest, and make it easily accessible compared to back at home.

How does offshore banking work?

Contrary to the common view that offshore banking is only for the wealthy, the truth is that most people can easily start foreign accounts. The same way local banks operate, the offshore banks also set specific requirements including the minimum balances.

It is crucial to appreciate that some banks do not accept clients from specific jurisdictions because of the compliance back at home. OECD and WTO also have specific rules such as CRS (Common Reporting Standards) that define procedures for financial information sharing. Different countries comply with these regulations separately. For example, Hong Kong passed the Hong Kong CRS framework that only allows it to share financial information of foreigners only with countries that have entered into Comprehensive Avoidance of Double Tax Arrangement (CTDA) with it.

What of Swiss bank accounts?

You might have come across the term Swiss bank account. This is used to refer to bank accounts where rich people stashed cash to make it out of reach by their governments back at home. This was made possible by the strict Swiss banking regulations on privacy. However, the Swiss government now shares the information with governments to prevent tax evasion. 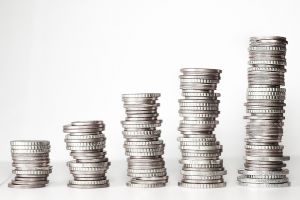 The main benefits of opening an offshore bank account

What makes it Illegal?

While it is true that going offshore is not illegal, the passing of The Foreign Account Tax Compliance Act (FATCA) in the US introduced a new requirement for citizens and banks across the globe.

If you are a US citizen and have a bank account outside the country, the respective bank is expected to report to IRS about your balance. You will also be required to report any amount exceeding $10,000 when filing tax returns every year.