Hong Kong businesses are suffering from a mandatory quarantine of 21 days at hotel which is barring visitors to land in the city. The health situation is totally under control with ZERO Covid cases but the social and business impacts are great.

Confronted to months of protests followed by confinement and restrictions, with in addition divisive political decisions, the pressure is high to see better days.

Westerners living in the city are often obliged to explain and protect China decisions to their family, friends and business partners living abroad. As a matter of fact, the Asian approach is totally different from the rest of the world.

The health situation was very well managed by most of the Asian countries, social and business impacts were strong and difficult to deal with, but this was only for a relatively short period of time.

Today we see with envy from Hong Kong a western world with no or low travel restrictions, opening public spaces and abandoning face masks, while in the same time Asian countries are enforcing travel restriction and isolated confinements, for a zero-case goal.

This difference of approach isn’t a small detail, it’s symptomatic of a huge difference of values and of acceptance by the population of governmental decisions, as if in the span of few months only the world separated in two. 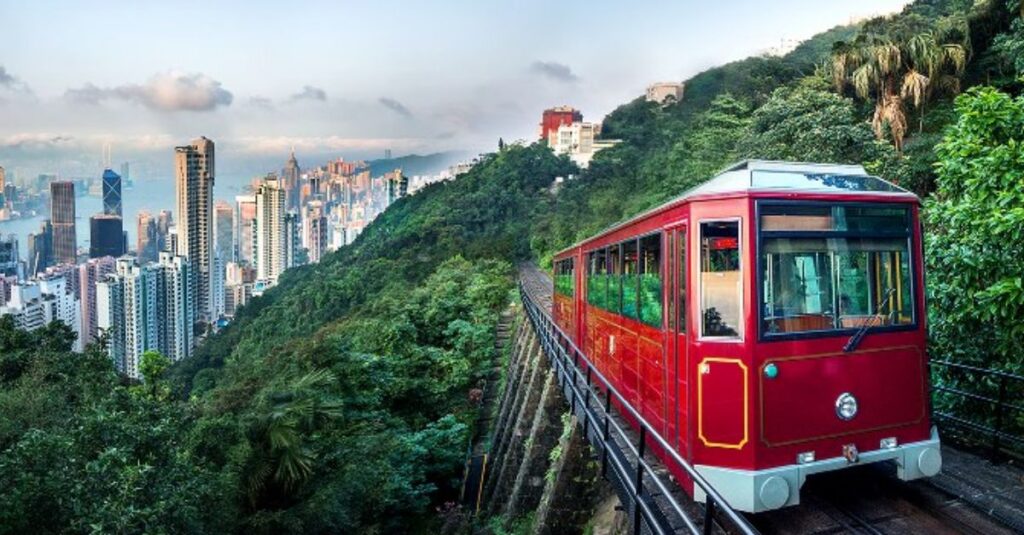 It’s very unlikely that Asian countries will accept travels without strict quarantines, Hong Kong is hoping that Mainland Chinese’s will come back and spend time and money in the city and support the economy, with the understanding that visitors from western countries are still considered too dangerous.

The shared opinion in Hong Kong is that mainland Chinese would come back by the end of the year but that the attractivity of Hong Kong has been damaged by months of protests and (even with lower travel restrictions) visitors’ numbers will be low.

The multiples impact on restaurants, hotels, retail shops and to any activities linked to visitors have been (temporary?) managed, the unemployment is by western standards low and the economy is re-starting slowly.

Relocation agents are full of work, everybody knows someone living or intending to leave and this increase a sentiment of solitude for the ones having no such prospect.

The reasons justifying the departure of westerners are to be carefully understood, although many are making use of the recent political changes and the fears of changes in the education sector it’s unlikely that these reasons are the real ones.

Travel’s restrictions are harsh, this obviously impacted a lot more the ones having families abroad plus the common opinion is that this situation will perdure for quite a long time. On a small island like Hong Kong, one of the most expensive location in the world, the pressure is multiplied.

Because of the poor economy a drop of turnover and profitability is harder to manage in a city where everything is expensive, westerners confronted to this situation will have the tendency to blame other factors.

The short-term situation of Hong Kong is therefore likely to be difficult till we do understand if the western world is right to open everything and to allow free travels, if the western countries are doing right and if Asian countries are continuing, whatever the reasons, to restrict freedom to travel the burden will become for many unbearable and then a real exodus of westerners will happen.

If the western experiment fails, if because of Covid variants the overall health situation become out of control the world will face catastrophic consequences, but in the same time China and Hong Kong will, as a show of supremacy, allow more individual freedom.

Hong Kong on the long term

The city is a definitive winner, first because China is winning and also because the western countries are in such a situation that compared to what will happen to them in a few months it’s not difficult to do better.

Hong Kong will remain a showcase of Chinese success, mainland china money will pour in the city for economic and, let’s be straight forward, political reasons.

China putted to a halt the concept of foreign interference, Hong Kong is then de facto the perfect location to be showcased as an example of a strong and protective government leading to economic and social success.

The only question which remains is the willingness of the Hong Kong population to be used to expose differences in democratic values between East and West. Although Hong Kong is not the toy of US and Europe it’s also unlikely that the Chinese grip is totally welcomed.

Hong Kong will then have to adapt and to demonstrate to the motherland, by way of economic success with a real improvement of the wellbeing of its inhabitants, that a bit of western attitude is not that a big deal.

This time it’s not the Hong Kong government to softly require some support, thanks to the mainland power the property tycoons will have limited choices.